The Chicago DSA general chapter meeting on April 3 will take up a proposal to begin a period of discussion about our chapter’s vision, priorities, and strategies for the next two years. As several of us wrote previously at Midwest Socialist, the goal of this discussion period is to produce a “Towards a Socialist Chicago” (TaSC) document, to be voted on at the chapter convention at the end of June, that summarizes the discussion and sets out strategic priorities for CDSA.

What should the “Towards a Socialist Chicago” discussions and document take up? Past left organizations have approached visioning/programmatic/strategy/priorities discussions in different ways, depending on the needs of the moment and the organizations’ histories and aims. The team of Executive Committee volunteers that developed the TaSC proposal looked through a diverse list of past (and present) statements to help shape our goals for the process. I don’t recommend reading all of these word for word; instead, scan them to see how they are organized, what their formats are, and how they put across their vision/strategy/analysis/etc.:

Among these documents, the Panthers’ famous “Ten Point Program” and the League of Revolutionary Black Workers’ “General Program” are the most concise statements; both summarize the overall aims of the organizations. They were written at the high point of the 1960s and early 1970s Black Power movement, at a time when large numbers of people were already involved in militant resistance against oppression and violence.

The “YPSL Perspectives on Civil Rights” comes from the Young People’s Socialist League, the left-wing youth group of the Socialist Party that played an important (though little known) role in mobilizing support in the North for the Southern civil rights struggle. Because it was written for an internal discussion, YPSL’s document assumes the group’s long-term aims and focuses on articulating near-term strategies and priorities: to engage with the radicalization among Northern students after the lunch-counter sit-in movement erupted in the South in early 1960.

These documents are obviously different in form and function, but it’s worth pointing out one thing they have in common: they define the organization that produced them in contrast to others on the left. This is the explicit purpose of the Panthers’ and LRBW’s programs—they are public documents meant to not only to define goals but build active support. The YPSL document wasn’t public, but the process of setting out a strategy or “perspectives” for a new period of heightened struggle showed what set the organization apart from others on the left (still very small in this moment because of the the anticommunist witch hunts and largely committed to the legal path of achieving civil rights, versus the direct action of the civil rights movement).

In this sense, our own TaSC discussion can have another purpose along with setting out a framework for organizing in the coming several years; it can also help define—for ourselves and for people outside CDSA—who we are, what we’re fighting for, and how we’re fighting.

The “Port Huron Statement” dates from the same time as the YPSL document but was written to be a manifesto setting out the aims and purpose of the newly formed Students for a Democratic Society, which ultimately became the main organization of the 1960s student movement. Unlike the concise Panthers and LRBW programs, the “Port Huron Statement” sets out very broad goals, and much of its content is devoted to a general analysis of politics and society. SDS members, writing this manifesto for the group’s first convention, were still defining publicly what they thought was wrong with capitalism and American society. Their analysis as much as their goals set them apart from the “old left,” mainly represented by the Communist Party but associated in general with a focus on working class struggle through the traditional (and, at this point, very conservative) labor movement.

The “Feminism for the 99%” document takes past left-wing manifestos as an explicit point of reference. It was written by three well-known socialist feminists in the aftermath of the massive Women’s Marches following Trump’s inauguration in January 2017. Their goal was to set out a more radical vision and agenda for a potential grassroots feminist movement, better represented ideologically by the International Women’s Strikes that followed in March 2017. Like the “Port Huron Statement,” there is a heavy emphasis on analysis in order to project a different vision for politics and activism.

The document by Leon Trotsky is almost all analysis. It was written for the discussions at the Third Congress of the Communist International, the alliance of Communist Parties formed after the 1917 Russian Revolution. Trotsky was making the case that the political moment had changed and therefore socialists had to adapt their expectations and strategies. His report focuses at great length on an economic and social analysis to argue that the potential for new socialist revolutions to follow Russia’s had receded because of a restabilization of European capitalism. The goals and theory of change are assumed; this document is about how socialists form their strategies to pursue their goals by taking account of the specificities of the political moment.

I think the Chicago Teachers Union’s “The Schools Chicago’s Students Deserve” report might have the most value for our TaSC process (though it is much longer than our document can be). The report was first written after a rank-and-file caucus won leadership of the union. It expresses a vision of a different kind of unionism—crucially, one dedicated to social justice. But it also takes stock of the impact of neoliberalism and corporate school “reform.” Each of the sections that outline the different elements of the union’s vision analyze the economic, social, and political factors that produced the crisis of the schools. Each section also ends with a list of specific demands and goals that shaped how the union organized on the ground in the schools and how it aligned itself in broader social justice struggles.

The recent documents from Nigeria and Brazil resemble the Panthers and LRBW programs in some ways, but they are both more short-term. These documents are reactions to immediate circumstances and opportunities. They set out a list of demands or strategic priorities with the goal of unifying and galvanizing a broader left around them (respectively, a coalition of civil society organizations in Nigeria and the Party of Socialism and Liberation in Brazil, one of the main parties to the left of the once-ruling Workers’ Party).

The last document on this list is the proposal of our East Bay comrades to initiate the kind of process we are proposing with “Towards a Socialist Chicago.” It makes a motivation for why a discussion of strategic priorities is important, explains in broad terms what the process can produce, and sets out a timeline for carrying it out. Our proposal being put forward at the April 3 general chapter meeting is similar in form.

None of these documents should be a model for what we produce if our chapter passes the TaSC proposal. The point of compiling the list and giving some historical and political context to each document is to show why and how these kinds of discussions can be valuable to left organizations.

My hope is that a “Towards a Socialist Chicago” discussion and document can contribute to CDSA’s distinctive vision and analysis of the political situation we face today and set out some strategic priorities for the years ahead. But maybe even more importantly, I hope more members can become engaged in a critical task of any socialist organization—reflecting on what we’ve done and where we are now in order to decide democratically where we’ll go next. 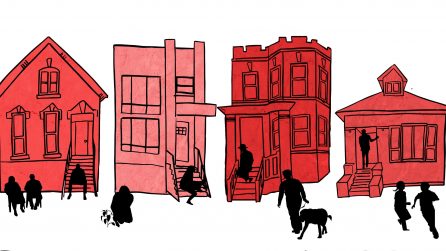 The Legalization of Affordable Housing 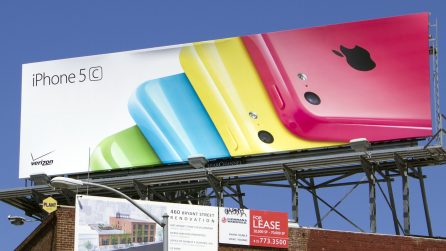 Another Way to Tidy Up a City: Ban Outdoor Advertising 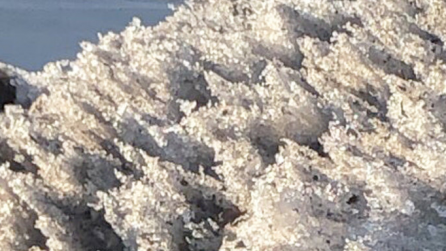 Sanders’ Democratic Socialism Will Allow the Arts to Flourish