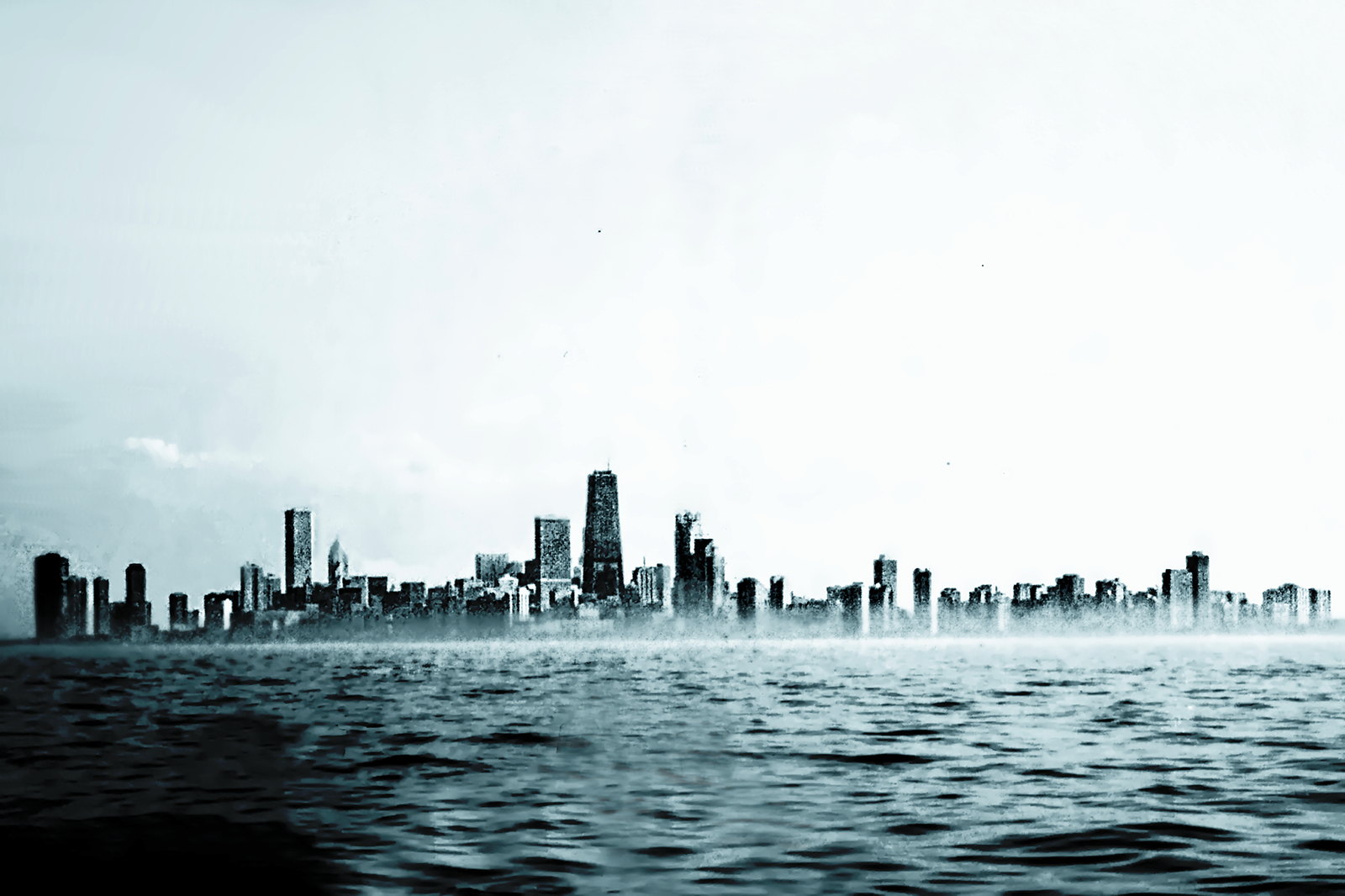 "Chicago waterfront" by VV Nincic is licensed with CC BY 2.0. To view a copy of this license, visit https://creativecommons.org/licenses/by/2.0/

Lodge 7 of the Fraternal Order of Police (FOP)’s president John Catanzara hates America’s democracy. When the motley crew of QAnon conspiracists, Proud Boys, Boogaloo Boys, and other varieties of Trumpism rioted at the capitol, Catanzara came to their defense. He told WBEZ that there was nothing to worry about. Downplaying the destruction, including the murder of a police officer, Catanzara reminded people that “there was no arson, there was no burning of anything, there was no looting, there was very little destruction of property… It was a bunch of pissed-off people that feel an election was stolen, somehow, some way.” Of course, Catanzara also “feels” the election was stolen. He remains convinced that Joe Biden “somehow, some way” manipulated the results in four different states. He freely admits nothing will change his mind, while—in the same breath—acknowledges there is no evidence for such a claim.

In the aftermath of the comments, Catanzara was condemned by everyone. He was forced to give an apology, which was actually not an apology. Instead of acknowledging that the riot was an attack on democracy, that his comments about election fraud were inane, that, throughout his career, he has acted like a moronic bigot and perhaps should use this as opportunity for personal and political reflection, he merely apologized for bringing “negative attention” to the lodge and that his statement was “poorly worded.”

The Chicago City Council was having none of Catanzara’s nonsense. Soon after his non-apology, a supermajority passed a resolution calling on Catanzara to stepdown as president of Lodge 7. Catanzara did not respond. On numerous occasions he has made it clear that he does not care what the council thinks. However, the problem for Catanzara is the council is not the only who believes his buffoonish nature and reactionary politics are a problem for the city. Indeed, the calls for his resignation are spreading. Recently, the Chicagoland Chamber of Commerce, the Illinois Restaurant Association, the Civic Committee, and the leadership of five different labor unions want Catanzara to go. So far, Catanzara has rebuffed their calls.

A clueless and recalcitrant Catanzara is nothing new. If anything, everyone should have seen this coming. As a police officer, Catanzara’s entire demeanor has been highly partisan and utterly reckless. It is difficult to find an officer that has more disdain for the rule of law, which is rivaled by his even lower opinion of the general public.

Since joining the Chicago Police Department in 1995, Catanzara has amassed nearly forty misconduct complaints and has been suspended nearly half a dozen times. He is the first Lodge 7 president to be elected while stripped of his police powers because he was suspended for filing a false report against former Superintendent Eddie Johnson. The report was entirely politically motivated. Catanzara accused former Superintendent Johnson of breaking the law by allowing gun control advocates to march on the Dan Ryan Expressway. Unsurprisingly, Catanzara is a Second Amendment nutjob. In 2017, he was investigated for a social media post where—while on duty—he stood with a sign that read, “I stand for the anthem, I love (the) American Flag, and I support My President and the 2nd Amendment.”

As expected, Catanzara’s love of the Second Amendment does not extend to the rest of the values in the United States Constitution. It is obvious that religious liberty is not something that Catanzara holds in high regard. On social media he has referred to Muslims as “savages” and said that they “deserve a bullet.” Freedom of expression is also something that Catanzara does not appreciate. During Chicago’s police accountability protests of the summer, Catanzara warned his fellow officers that if “any member of Lodge 7 who is going to take a knee and basically side with protesters while they’re in uniform will subject themselves to discipline in the lodge up to and including expulsion.” To be clear, for Catanzara, an armed rightwing mob storming the capitol and chanting the death threats is fine. It is not such a big deal, even if a fellow police officer was killed. However, if a police officer decides to show even the slightest solidarity with people protesting police brutality, even superficially, well, that is beyond the pale.

The complete hypocrisy of Catanzara’s only makes sense by considering his juvenile worldview. According to Catanzara the world is one big 1980s action movie. Crime is rampant because people are weak. Lawyers, social workers, and psychologists—all supported by corrupt liberal politicians—have coddled criminals. The only way to get the mayhem under control is for cops to act like Judge Dredd. Fortunately, there are a few politicians—like Trump!—who understand the situation and who can lead us out of the darkness. Anyone who doubts that Catanzara thinks this way is welcome to scan his Facebook page. In it, the reader will find a buffet of tough guy posturing and conservative conspiratorial thinking. Any reasonable personal who is sincerely dedicated to ending gun violence in Chicago would be horrified by the sudden spike in firearms sales in 2020. Catanzara, on the other hand, has a post celebrating the increase of guns on the street, warning “Scumbags take note.” He mourns the death of officers who died of COVID but has posts protesting the stay-at-home restrictions and is against mandatory vaccinations for police officers. There are posts where he suggests Nancy Pelosi makes public appearances drunk, that the COVID relief bill was written for foreign countries, that Joe Biden stole the election. And, of course, there are numerous posts mocking the the idea that institutional racism exists in Chicago.

The fact that Catanzara holds these repugnant and fatuous views is disturbing enough. However, the reality is that they are common throughout the America’s police departments. He is, after all, president of Chicago’s police union. It is a position that he got through an open election. There is little doubt that a significant portion, most likely a strong majority, of Chicago’s police department share Catanzara’s angst fueled delusions. Nationally, the situation might be even worse. While Catanzara was not at the capitol riot, nearly thirty American police officers were. For years, the Southern Poverty Law Center has been warning of the heavy recruitment of police officers into far-right extremist organizations. Departments do not seem to care. If anything, many officers are eager to sign up, even while such extremist groups kill police officers who get in their way at a startling rate.

Forcing Catanzara to stepdown as president of Lodge 7 would send a strong message: his outrageous apologetics for the capitol rioters is not acceptable. Still, that is not nearly enough. Americans, and especially Chicagoans, must come to grips with the reality that many of the police officers who have sworn to uphold the United States Constitution would be more than happy to rip it up. Indeed, many of them regularly do when it comes to policing poor and minority communities. The sad fact is that, as a rule, a large portion of police officer have an utter disdain for democracy. They relish in treasonous daydreams of finally burning it all down in the name of law and order. As the capitol riots confirmed, some—if given the opportunity—would happily install a fascistic police state that would allow them to playout their Punisher-styled fantasies on the general public. Fixing that problem requires more than the various Catanzaras of the world from stepping down from their posts. Instead, people are going to have to start demanding that officers turn in their badges. 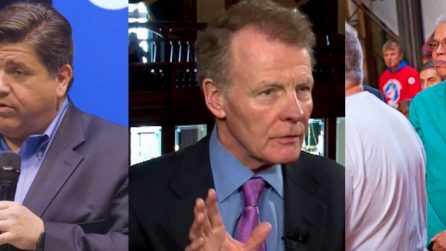 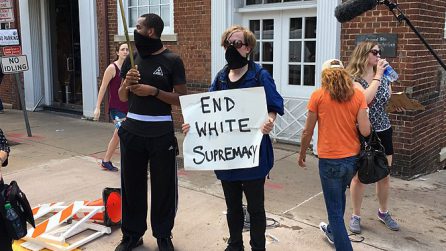