The third day of the strike saw CTU, SEIU Local 73, and community members brave the rain to continue demonstrating solidarity and demanding a better future for Chicago. Picketers kept up their energy with chants, music, and even salsa. Thousands turned out to an afternoon rally in Union Park.

Mayor Lightfoot sent a letter to Jesse Sharkey, asking CTU to return to work without a contract, while negotiations continue. The letter outlines ways in which the strike has negatively impacted CPS students and seeks to point the finger at CTU. Blame for any suffering or hardship incurred due to the strike lies squarely with the mayor and CPS, however. CTU made its contract demands clear in May; CPS negotiators refused to discuss class-size, staffing, and affordable housing until after 94 percent of teachers authorized a strike. Had the city chosen to take CTU’s demands seriously five months ago, a strike could have been averted.

The letter and the concessions made by CPS show that the city is feeling the pressure. As the strike continues it is imperative that we seize the opportunity to help CTU and SEIU 73 lay bare the true sources of conflict and inequity in Chicago. This strike is a momentous opportunity to galvanize working-class consciousness and demand change.

The two main things you can do to offer physical support, if you can, are to walk the picket line and to volunteer with Bread for Ed. If you’re unable to join us early in the morning, there are other solidarity events taking place throughout the day.

Picket lines will run from 6:30am to 10:30am every day the strike continues. Check out tinyurl.com/cpsstrikesupport to learn more.

The DSA has established pickets, led by Labor Branch strike captains, at these 11 schools:

Bread for Ed will be making and distributing food at various areas around the city, so if you have time and resources to help with preparation and/or distribution, please email labor@chicagodsa.org. Please consider helping out with coordination or distribution, as the material needs of students and striking workers will only escalate the longer it continues.

Locations that will be distributing food tomorrow include:

From the start, the CTU and SEIU have been vocal about tying the material realities of their jobs and the conditions in CPS schools to policy decisions made by previous city and state administrations. Lori Lightfoot’s campaign platform included education reform, yet her team’s stance at the bargaining table has been to ignore CTU’s demands. Lightfoot, herself, has not attended a bargaining session. The mayor has stated, “We’re not moving any further on money because we can’t.” This framing is deceitful. First, it ignores the direct reality of the $1 billion apportioned to CPS by the state of Illinois. Not only is there money in the budget, it was money directly issued to improve CPS, and should be devoted to sufficient staffing and fixing inadequate conditions.

Another duplicitous framing of this statement is that the city has money to devote to projects such as Lincoln Yards, whose developer, Sterling Bay, hosted a block party on Saturday, October 19. Lincoln Yards receives $1 billion in TIF funding that could be instead put toward any other genuine community-building project in the city—like schools. CPS workers, accompanied by DSA members and other community activists, protested the block party, explicitly connecting TIF subsidies lavished on real-estate developments to a manufactured budget deficit. As Lightfoot put it in her education platform linked above:

“The fact that the city has declared more than $1.2 billion in TIF surpluses since 2010 strongly suggests that some TIF districts do not need revenues for economic development and that properties should be released from TIF districts so their equalized assessed values can be returned to the general tax base. Closing districts and releasing properties will provide more funds and budget certainty for CPS.”

For Illinois to Survive, Progressives Must Bury Madiganism 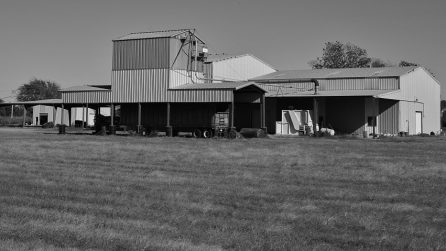 The American Countryside Was Collectivized Within a Generation 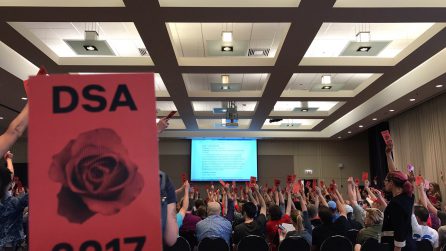 Call for a Palestine Working Group